The past week turned out to be a bust with sickness at our house.  It’s the first time that sickness has really limited our activities so I count us lucky.  Since we finally have snow and the weather was decently warm last weekend (I’m talking 20’s) we could have gone outside to enjoy it.  Unfortunately, that wasn’t the case.  Instead we decided to bring the snow play inside.  Not real snow of course, but our DIY snow.  Cade was still able to play with his trucks in the snow even indoors.  Setting up our snow trucks sensory play was really simple! 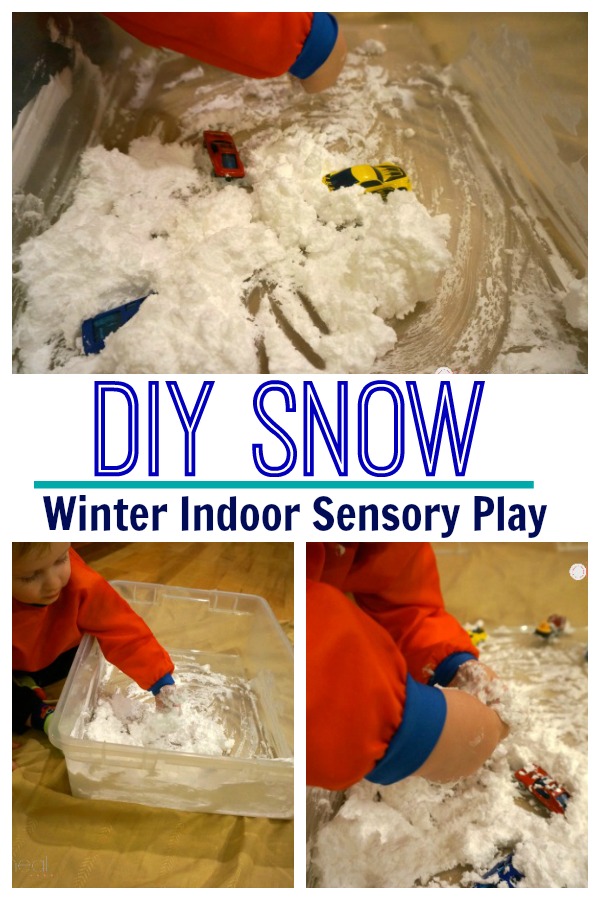 In order to play with our “snow” we had to make the snow first.  It was really easy and we could just use 2 ingredients that we already had in the house.

Shaving Cream (We used an entire can)

You simply mix the two together to create the snow.  It’s pretty cool considering the “snow” is even slightly cold.  I used a large plastic tub (similar to this one – affiliate link) that was part of our sensory table to mix the snow in. 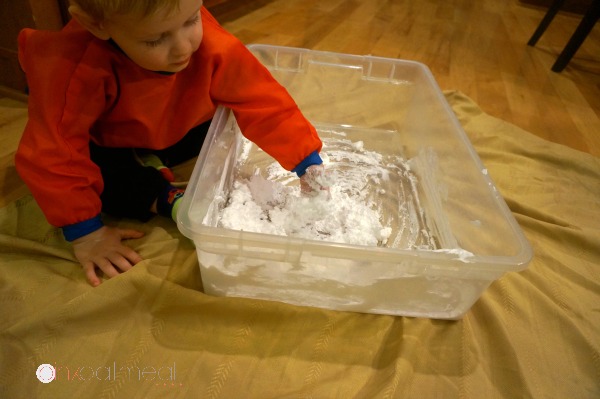 I found that in order to play trucks and cars it was easiest to set the tub on the floor.  I put an old tablecloth under it to make clean up easier. 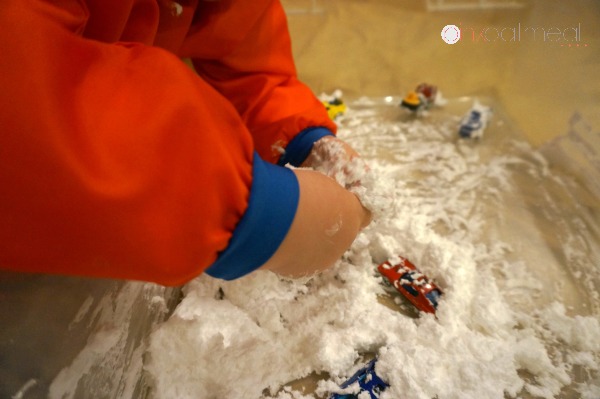 Cade had a great time playing with his trucks and driving them through the snow! I supervised the activity the entire time given his age.  He doesn’t put too much in his mouth anymore, but he is two meaning that I don’t fully trust him to experiment.  As a side note the “bib” he is wearing is the absolute best (it looks like this (affiliate)).  I picked mine up at IKEA. 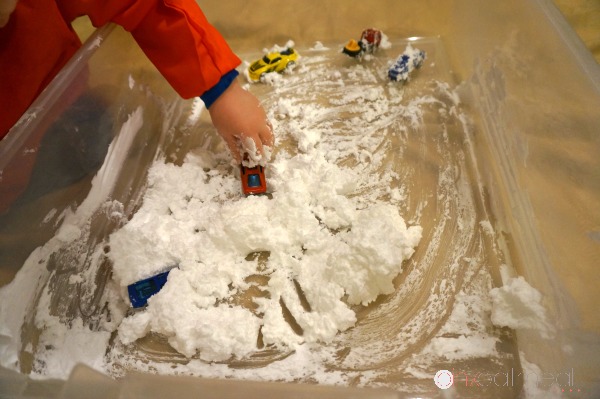 Now that everyone seems better we will hopefully get out soon.  Not this week though, nothing like below zero temperatures to keep you indoors! 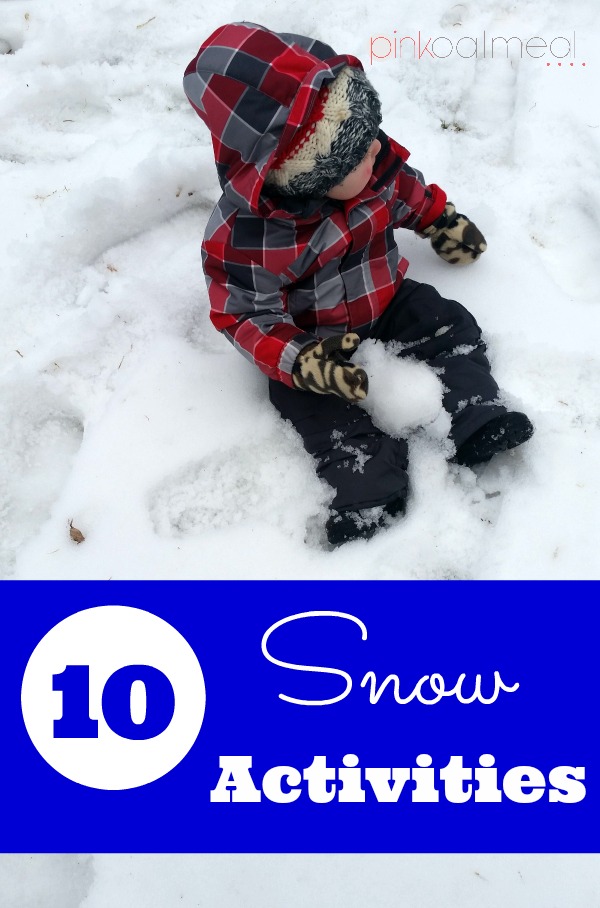 10 of our Favorite Ways To Play Outdoors In The Snow!