Skip to content
1687 shares
I kind of love that feeling of fall in the air.  With fall comes football games, the pumpkin patch, chai tea, leaves turning, and the return of school.  A fun way to bring a little fall theme into gross motor games is with the Pumpkin Patch Hop.  The Pumpkin Patch Hop is a great way to get kids up and moving and working on fall themed gross motor skills.  It can be used for therapy, in the classroom, and at home.  I love the fact this game works with a single child all the way up to a class full of students. 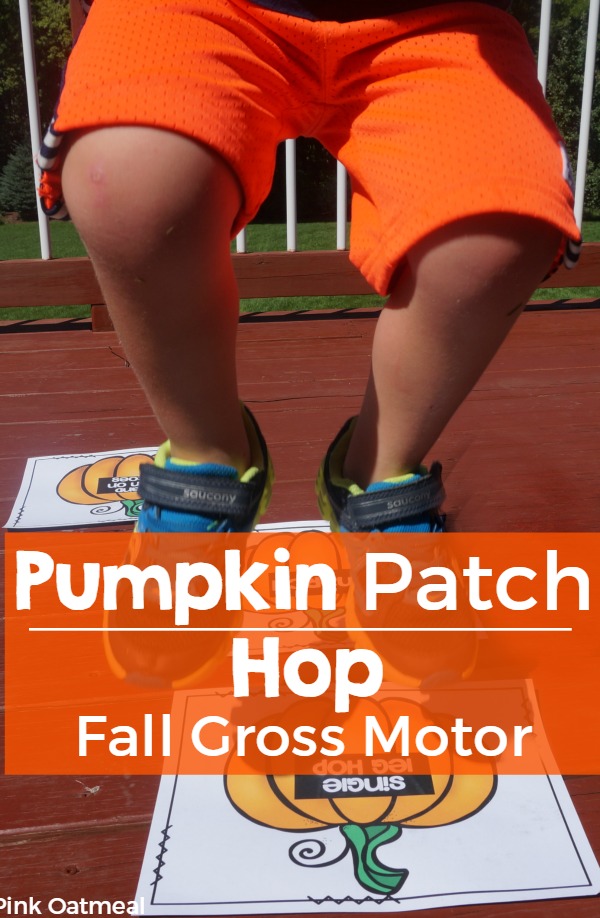 Needed: Movement Pumpkins and Music 1.  Lay the movement pumpkins out on the floor. Have the same amount of pumpkins as you do kids on the floor.  Laminating the pumpkins is a good idea, that way you can use them again and again.

2.  Have music available.  Movement and music go hand in hand! 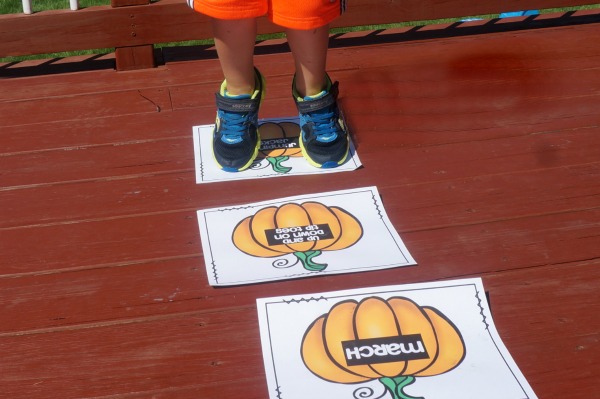 3.  Turn on the music and let the kids hop or walk between the pumpkins- what ever works better in your setting. 4.  When the music stops have the kids perform the action written on their pumpkin. 5.  Start the music again and play resumes. 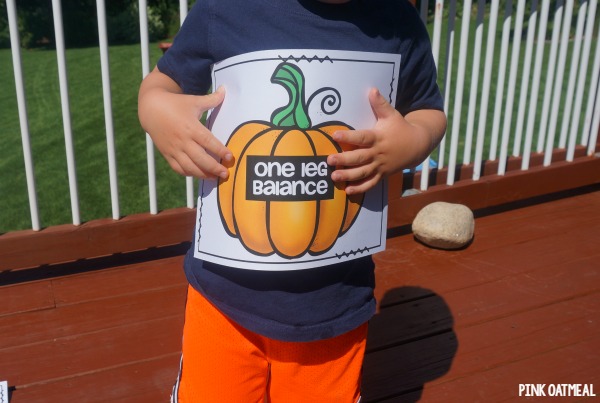 This can easily be modified to a musical chairs like game.  Have one less pumpkin then students playing.  When the music stops the student who is not on the pumpkin is out.

The best part of these printables, you can use them for even more games. Let your imagination run wild with them. Here are a few other ideas to get you started. Place them on the floor and make a bean bag toss game out of them! Toss the bean bag on the printable and perform the activity it lands on. 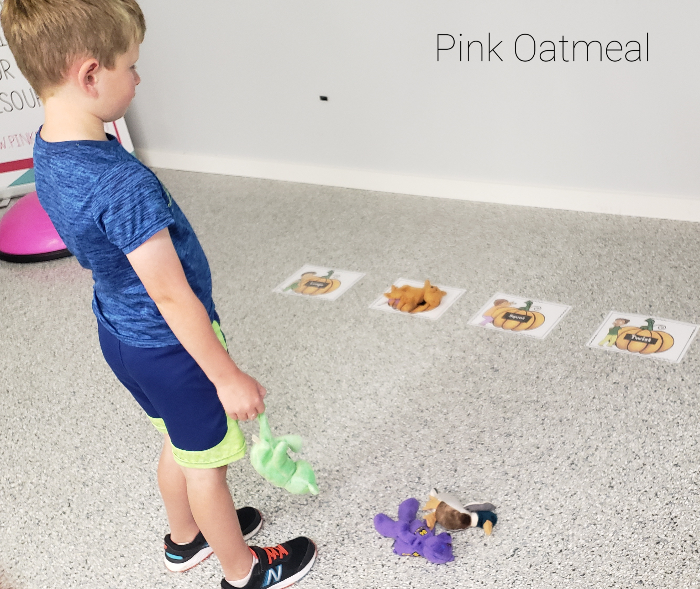 Place them on a wall and work on tossing a bean bag or even a ball at the printables. When you hit a particular pumpkin, do the activity on that pumpkin! 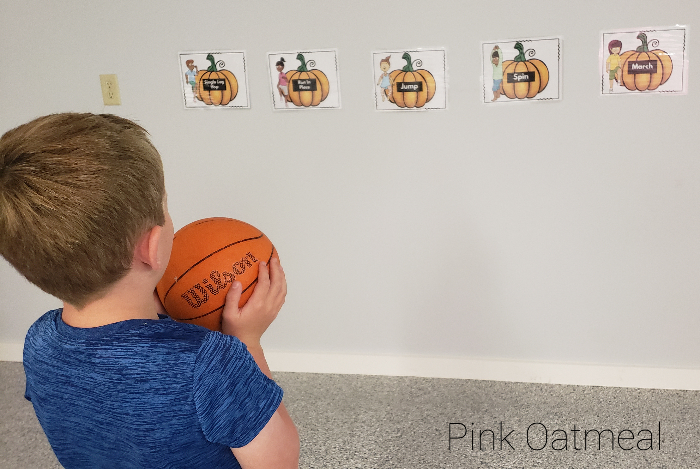 Don’t forget these pumpkins are all ready to go for you at Pink Oatmeal in the FALL THEMED MOVEMENT GAMES!

1687 shares
Scroll to Top
We use cookies to ensure that we give you the best experience on our website. If you continue to use this site we will assume that you are happy with it.OkRead more